Vancouver, BC – According to a report released today, more students in British Columbia are participating in French immersion than ever before.

The report showed that province-wide, French immersion enrolment has been increasing for 20 consecutive years. As a result of the booming popularity of this well-established program, districts around the province are scrambling to find enough qualified teachers and teaching assistants.

“It is designed to help students become functionally bilingual by the time they graduate. It’s a powerful tool in your toolbox, and graduates can use it in many different ways.”

Since the first class opened in St. Lambert, Quebec in 1965, over one million Canadians have benefited from the program.

According to Stats Canada, Canadians who speak both French and English earn, on average, 10% more, and have a lower unemployment rate, compared to Canadians who only speak one of our two Official Languages.

As well, there are cognitive developmental benefits of learning an additional language, such as: stronger listening skills, improved focus and concentration, increased ability to understand complex problems and higher tolerance, insight and understanding of other cultures. 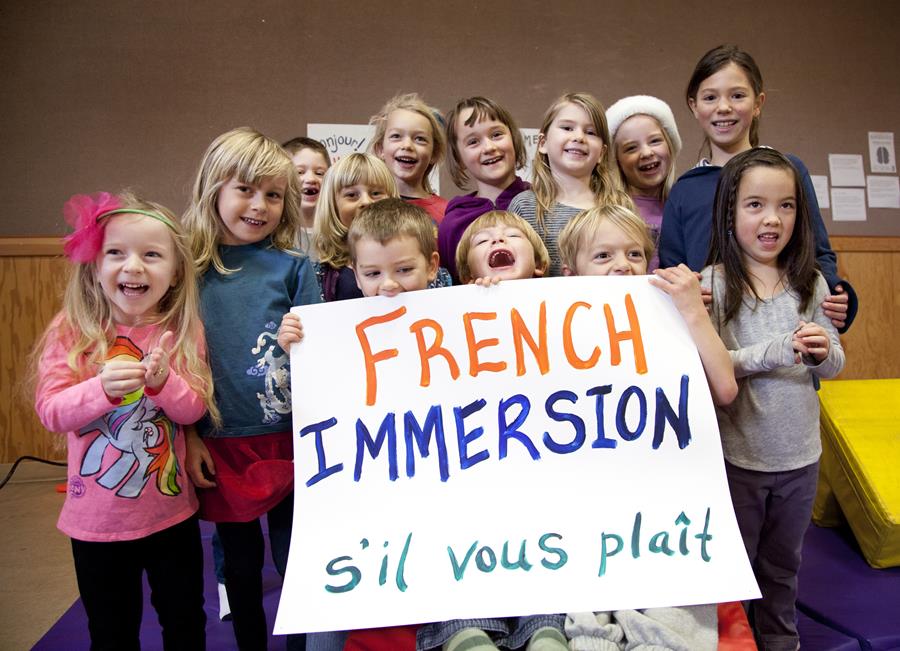 About Canadian Parents for French

CPF is the national network of volunteers which values French as an integral part of Canada and which is dedicated to the promotion and creation of French-second-language learning opportunities for young Canadians.

A benandollie production. All Rights Reserved

Your ticket for the: French Immersion sets new enrolment record in British Columbia